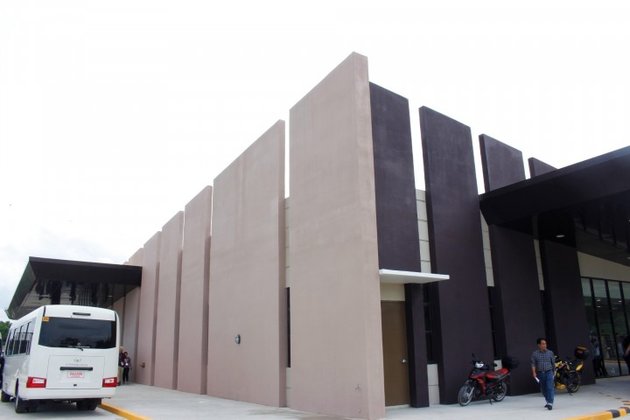 NEW CLARK CITY, Tarlac, Nov.19 (PIA) -- University of the Philippines-Manila and its training hospital, Philippine General Hospital (PGH) opened the Polyclinic of the PGH-Satellite for Sports Medicine and Wellness (PGH-SSMW) at New Clark City (NCC) in time for the country's hosting of the 30th South East Asian Games (SEA Games).

"We thank UP and PGH for putting up a polyclinic that would provide free medical and health care services to athletes participating in the SEA Games. This facility will also greatly benefit future residents of NCC as well as the neighboring towns and provinces," Bases Conversion and Development Authority President and CEO Vivencio Dizon said in a statement.

"UP, through UP Manila and PGH, is committed to serve the health needs of the SEA Games athletes as well as the rest of the community of NCC," UP President Danilo L. Concepcion emphasized.

University of the Philippines(UP) President Danilo L. Concepcion (2nd from right) and National Government Administrative Center Phase 1 Joint Venture Chairperson Isaac S. David (2nd from left) lead the inauguration of the Polyclinic of the Philippine General Hospital-Satellite for Sports Medicine and Wellness at New Clark City in time for the country's hosting of the 30th South East Asian Games. Also in photo are UP Manila Chancellor Carmencita Padilla (right) and officials from UP, PGH and Bases Conversion and Development Authority. (Gabriela Liana S. Barela/PIA 3)

PGH-SSMW is beside the 20,000-seater Athletics Stadium, which is part of the sports complex that will serve as the national training center of Filipino athletes and host to major international sports events starting with the SEA Games.

The complex likewise boasts of a 2,000-seater Aquatics Center with an Olympic-size pool, and an Athletes' Village which will house the SEA Games athletes, officials and volunteers.

"UP as a national university is mandated and committed to put its resources at the disposal of and in the service of the nation and its people. In the field of health and wellness, UP Manila as a national health university is grateful to be included in these extensive plans all the way to the development of a smart, healthy city by the year 2065," UP Manila Chancellor Carmencita Padilla said.

Talks of the Smart Healthy City concept started in 2015 when Japan Overseas Infrastructure Investment Corporation for Transport and Urban Development and BCDA invited UP Manila in the planning phase.

"Future cities are envisioned to have a network of advanced medical treatment centers for cancer, cardiac care and geriatrics among others. Inside or within a new 1,000 bed-PGH, there will be a healthy technology innovation center; a network of health facilities for preventive medicine, artificial intelligence and new fields in science. It is also envisioned to include health educational facilities probably another medical school and a nursing school," Padilla furthered.

It is also planned to have a disaster medical center with the Philippine version of a medical dispatch team.

For the implementation of this Smart Healthy City concept, BCDA allocated 100 hectares for UP Manila at NCC. This is on top of the 70 hectares allotted for a new campus of the UP system.

"2065 seems so distant from today. Planning for the future is indeed very challenging not knowing exactly what medical landscape we will have 50 years from now but if we commit to put our minds and hearts together, the outcome might even surpass our expectations," Padilla stressed.

Going back to the present, the Chancellor explained that the PGH Polyclinic is the first of three phases.

The second phase is a 25-bed hospital and the third phase a 250-bed hospital. Phasing will depend on the population growth of NCC. (CLJD-PIA 3)

Chancellor Carmencita Padilla said UP Manila as a national health university is grateful to be included in the development of a smart, healthy city by the year 2065. For the implementation of this Smart Healthy City concept, Bases Conversion and Development Authority allocated 100 hectares for UP Manila at New Clark City. This is on top of the 70 hectares allotted for a new campus of the UP system. (Gabriela Liana S. Barela/PIA 3) 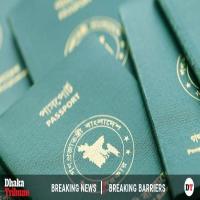