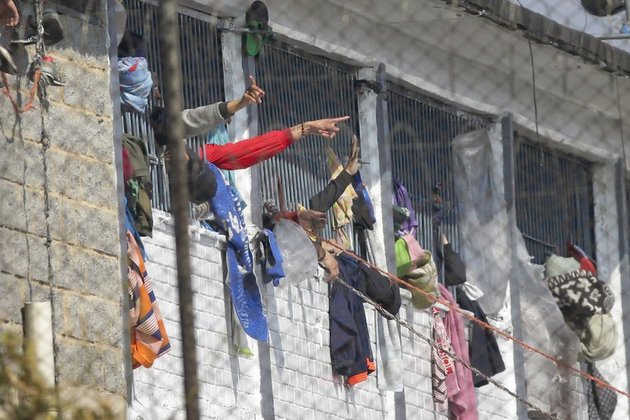 (New York) - The unsanitary, overcrowded prisons and juvenile detention centers in most Latin American and Caribbean countries offer prime conditions for outbreaks of COVID-19 that could severely affect the health of detainees and of the population at large, Human Rights Watch said today.

In March 2020, inmates in detention facilities in several Latin American countries rose up to protest a lack of protective measures against COVID-19 and efforts to lock them down. Hundreds escaped, dozens of people were injured, and at least 40 people died in connection with the protests in Colombia, Venezuela, Argentina, Peru, and Brazil.

"An outbreak of coronavirus in Latin America's prisons would be an enormous public health problem that would affect not just the detainees but also the rest of the population," said Jose Miguel Vivanco, Americas director at Human Rights Watch. "There is still time, but the authorities need to act immediately to avoid an entirely foreseeable health disaster."

Once inside detention facilities, COVID-19 could spread quickly and infect staff, contractors, visitors, lawyers, and inmates who are later released, thus carrying the disease back to the surrounding communities and the population at large.

On March 16, hundreds of inmates escaped "semi-open" facilities, which lack armed guards, in the Brazilian state of Sao Paulo, after the authorities announced that they were canceling a holiday leave because of COVID-19. On March 18, 84 inmates escaped a Venezuelan prison and 10 were later killed by law enforcement after authorities canceled access to visitors, who provide detainees with food.

On March 21, 23 inmates were killed and 83 were injured in La Modelo prison in Colombia, after detainees across the country protested unsanitary conditions, lack of access to water, overcrowding, and inadequate measures to protect them from COVID-19. On March 22, 2 inmates were killed, and 6 inmates and 11 staff were injured during protests seeking protection against COVID-19 in Peru. On March 23 and 24, five inmates died in Argentina, where inmates were protesting unsanitary conditions in the face of the pandemic.

The authorities should investigate the circumstances of all those killings, including the possibility of excessive use of force by law enforcement agents, Human Rights Watch said.

Latin American governments need to take urgent action to prevent a health disaster caused by a COVID-19 outbreak inside prisons, which would also have very serious negative consequences for the health of the rest of the population, Human Rights Watch said. The most important preventive measure is reducing overcrowding in prisons, jails, and juvenile detention facilities.

Indeed, the UN Subcommittee on the Prevention of Torture (SPT), on March 25 called on governments in response to COVID-19 to "reduce prison populations and other detention populations wherever possible." This should include releasing people who should not be in custody, such as those detained without charge, arbitrarily detained, or detained for offenses that should not be criminalized.

In addition, the SPT called on governments for "schemes of early, provisional or temporary release for those detainees for whom it is safe to do so," taking full account of non-custodial measures provided for in the United Nations Standard Minimum Rules for Non-custodial Measures, known as the Tokyo Rules.

Governments in Latin America and the Caribbean should consider alternatives to prison for certain categories of detainees who do not threaten public security, Human Rights Watch said. For each of these categories, the authorities should determine whether conditions of release, such as the use of electronic anklets, house arrest, or others, are needed to monitor the people involved. However, release conditions should not undermine public health goals - for example, by requiring people to travel distances or with public transport to check in.

Governments should consider alternatives to detention for:

People in pretrial detention for low-level or nonviolent offenses, or who don't present a significant flight risk; People in semi-open facilities who work in the community during the day; People at higher health risk, such as older people, pregnant women and girls, people with disabilities that may place them at higher risk of serious complications from COVID-19, and people who are immune compromised or have chronic conditions such as heart disease, diabetes, lung disease, and HIV. Assessments should determine whether their health can be protected if they remain in detention, and take into account factors like time served, the gravity of the crime, and the risk their release would represent to the public. People with care-giving responsibilities accused or convicted of nonviolent crimes, including women and girls incarcerated with their children and prisoners who are primary caregivers to children; People convicted of nonviolent crimes close to the end of their sentences; and Other people whose continued detention is unnecessary or disproportionate.

Authorities have a responsibility to protect and treat detainees who are not released. They should draft comprehensive plans to prevent and respond to a COVID-19 outbreak in detention facilities that do not rely on simple lockdowns, but provide measures to protect the physical and mental health of detainees. Prisons should balance the protection of inmates and staff with needs for family and connection and protect the right of access to a lawyer.

Those plans should include ensuring access to potable water; providing hygiene products and information about the disease to detainees; thoroughly and regularly disinfecting cells in police stations, courthouses, jails, and prisons; screening and testing protocols for prison staff, visitors, and detainees; avoiding transferring detainees between facilities when possible; and ensuring health care and mental health services for all detainees, particularly those infected. All plans should include attention to the specific needs of female prisoners, who have unique health needs and whose interests are often marginalized within prison systems.

Detention centers should develop plans to isolate or separately house particularly vulnerable people and those testing positive or with symptoms consistent with COVID-19, as well as all close contacts, based on the best available evidence about the effectiveness of the measures. Such measures should be proportionate, and detainees should not experience such measures as punitive, or they may delay notifying prison staff if they experience symptoms. The authorities should also take into account the impact that isolation may have on detainees' mental well-being.

Some authorities in the region have taken important positive steps. For instance, the governments of Chile and Argentina, and Brazil's justice system have adopted measures to allow house arrest or other alternatives to incarceration for certain types of detainees, such as those awaiting trial for nonviolent crimes or people at higher risk of health complications from the virus. Further details about those measures are included below.

"Taking urgent measures to prevent the pandemic from spreading like wildfire through the region's prison systems is not only compatible with preservation of public security but can contribute to it," Vivanco said. "Reducing overcrowding is essential to avert a health crisis inside prison walls that would also fuel and widen contagion outside."

Prison Overcrowding in Latin America and the Caribbean

Three of the five countries with the highest prison overcrowding rates in the world are in the Americas. Haiti's detention facilities have an occupancy level of about 450 percent, followed by Bolivia and Guatemala, with around 360 percent, according to the Institute for Crime and Justice Policy Research.

A major factor contributing to overcrowding is the large percentage of pretrial detainees in many countries. In Paraguay, for instance, more than 77 percent of all people incarcerated are awaiting trial, official data collected by the Institute for Crime and Justice Policy Research shows. In Haiti, it is 75 percent; in Bolivia, 70 percent; and in Venezuela, 63 percent.

Cramped quarters, poor ventilation, and inadequate health care contribute to the proliferation of respiratory diseases in prisons. Prisons in Brazil, for instance, have nearly 1,400 cases of tuberculosis per 100,000 people detained, compared with 40 in the general population, according to the latest information available. Tuberculosis is spread through the air, for instance through coughing and sneezing, one of the ways COVID-19 also spreads.

Some government authorities and justice officials in the region are starting to take steps in line with the call from international human rights bodies.

In Chile, the government has announced it will send a draft bill to Congress to grant house arrest to older inmates who were not convicted of serious crimes, and has created an emergency working group to adopt preventive measures against COVID-19 in prisons. Chile's prisons, which are at maximum capacity, hold almost 43,000 detainees, 33 percent of whom are awaiting trial, data from the Institute for Crime and Justice Policy Research show.

In Argentina, the Federal Penitentiary Service is preparing a list of inmates at higher health risks for judges to assess the possibility of alternatives to detention for them. The prosecutor general of the Supreme Court of Buenos Aires province instructed public defenders and prosecutors to ask judges to award house arrest or other alternatives to prison to people at higher risk of health complications from the virus. Argentina's detention facilities are at 122 percent capacity, housing 103,000 people, 46 percent of whom are pretrial detainees.

In Brazil, the National Council of Justice recommended that judges restrict new orders of pretrial detention to the "most exceptional" cases, and consider alternatives to detention for existing pretrial detainees, particularly for those in overcrowded facilities and people at higher health risk, and early release or house arrest for inmates in semi-open and open facilities. In response to a petition from the Rio de Janeiro public defender's office, on March 26 the Superior Court of Justice ordered house arrest for 60-year-old or older inmates who have the right to be transferred to semi-open facilities because of time served.

Brazil's National Council of Justice also recommended alternatives to detention for children. In Sao Paulo state, justice officials ordered that all children in detention for nonviolent crimes be released and that staff follow up with them while outside of detention. 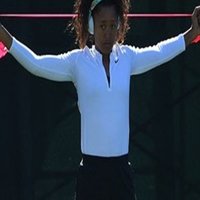 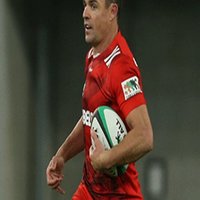 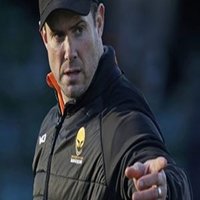 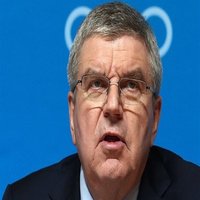 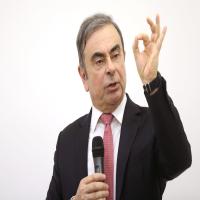 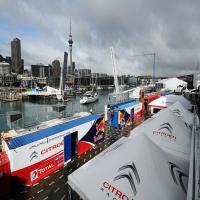 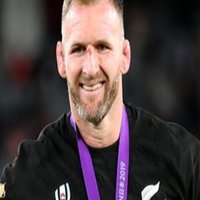 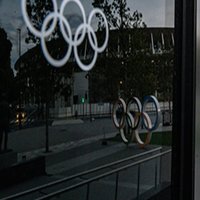 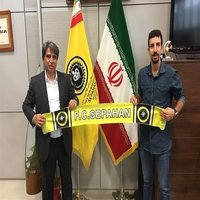 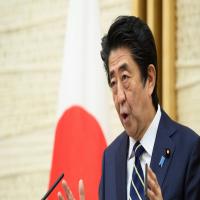 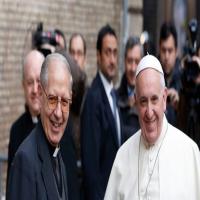 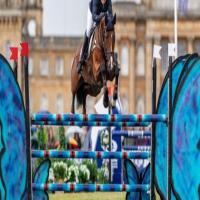 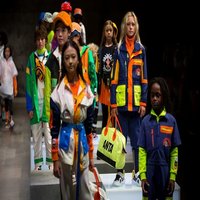 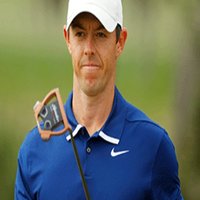 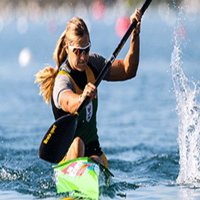 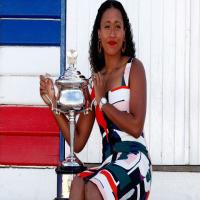 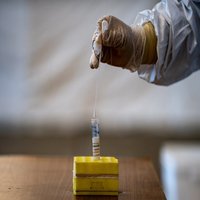